Finland leads the international conversation on the development of the ground rules for a human-centered data economy. One example of this is the new Finnish Government Programme, which includes the goal that “the right of citizens to their own digital information is strengthened”. This goal can be achieved by implementing the MyData principles.

The programme promotes management of personal data in accordance with the MyData principles. During Finland’s EU presidency in the second half of 2019, numerous events like the MyData 2019 conference will showcase new innovations and steer the direction of the data economy discourse.

Designed to protect digital human rights, MyData opens new opportunities for organisations to develop innovative digital services based on personal data that are built on mutual trust between users and service providers.

“In the last few years, we’ve been flooded with scandals regarding data leaks. The GDPR is an improvement, but it alone is not enough. We want to see people have control over their data and we also want to see new businesses and innovations based on personal data. The MyData model is a vision for new and fairer practices, design principles, and their implementation,” explains Teemu Ropponen, General Manager of MyData Global, an international nonprofit which promotes the MyData concept and organises the MyData 2019 conference.

MyData breaking through on the political level

The inclusion of MyData in the Government Programme is particularly significant in the light of Finland’s upcoming Presidency of the European Council, where data economy is one of the priorities. onThe MyData 2019 conference held in Helsinki on 25-27 September. is an official side event of the Presidency and will fuel discussions on how to build more transparent, trustworthy and sustainable societies. A year after the introduction of the GDPR, these discussions are more topical than ever.

“Data economy is one of the key priorities for the Finnish EU Presidency and MyData is one of the issues the new government wants to work on, according to the recently published Governmental Programme. The MyData 2019 conference will contribute greatly to the conversation we have on the fair data economy and use of personal data here in Finland and in the EU”, outlines Maria Rautavirta, Director of Data Business Unit at the Ministry of Transport and Communications of Finland.

Trust is essential for a well-functioning digital economy

The topic of the conference is “Rebuilding trust – for human-centered data economy”. Some 1000 representatives of policymakers, businesses, start-ups, researchers, activists and nonprofits will gather to work together towards more equitable ways to use and share data.

“Based on our research, 42% of Europeans say that a lack of trust towards service providers is preventing them from using some digital services. We need to act fast to regain that trust. MyData in tandem with Sitra’s project IHAN are proof that the change for the better has already started,” says Jaana Sinipuro, Project Director, Human-Driven Data Economy, at The Finnish Innovation Fund Sitra, the Main Partner of the MyData 2019 conference.

The conference full of action

The full programme of the MyData 2019 conference was published on Monday, June 10 and features over 100 speakers, including the Grammy award-winning musician Imogen Heap. The main programme consists of 40 sessions around themes such as how to create new fair businesses, the ethics of artificial intelligence and social impact of personal data. Conversations will be boosted in the extended events organised by the European Commission, BBC, UNICEF, IEEE and the City of Helsinki. 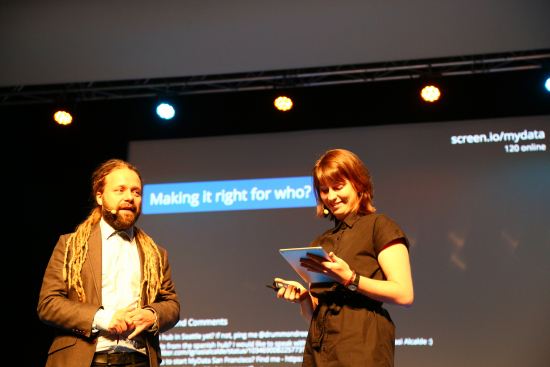 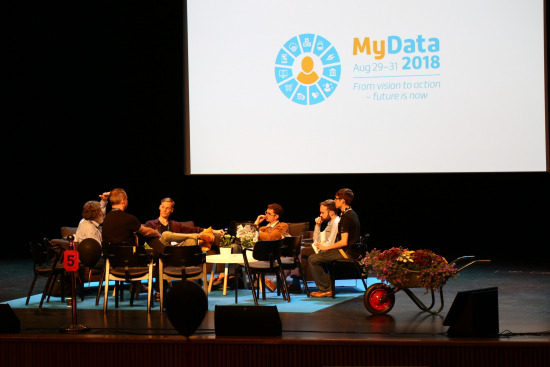 The MyData movement is steered by the award-winning international nonprofit MyData Global. It was founded in October 2018 and in eight months, over 80 organisations and several hundred members from over 40 countries on six continents have joined the association. MyData Global was one of nine organisations awarded by the European Commission with the Next-Generation Internet award, recognizes the most impactful European initiatives and individuals creating the human-centric, trustworthy and sustainable internet.

About MyData and MyData Global:mydata.org

White paper on MyData (2015) – A Nordic Model for human-centered personal data management and processing
Press release:MyData Global awarded by the EU Commission as one of the most impactful European initiatives shaping a new culture around Next-Generation Internet, for “Data as a human right”.

Join the discussion with the hashtag #MyData