Rehaboo's mission is to gamify well-being, with Peter Vesterbacka and other well-known investors in the technology industry - the Finnish serious gaming company aims for the US market next. 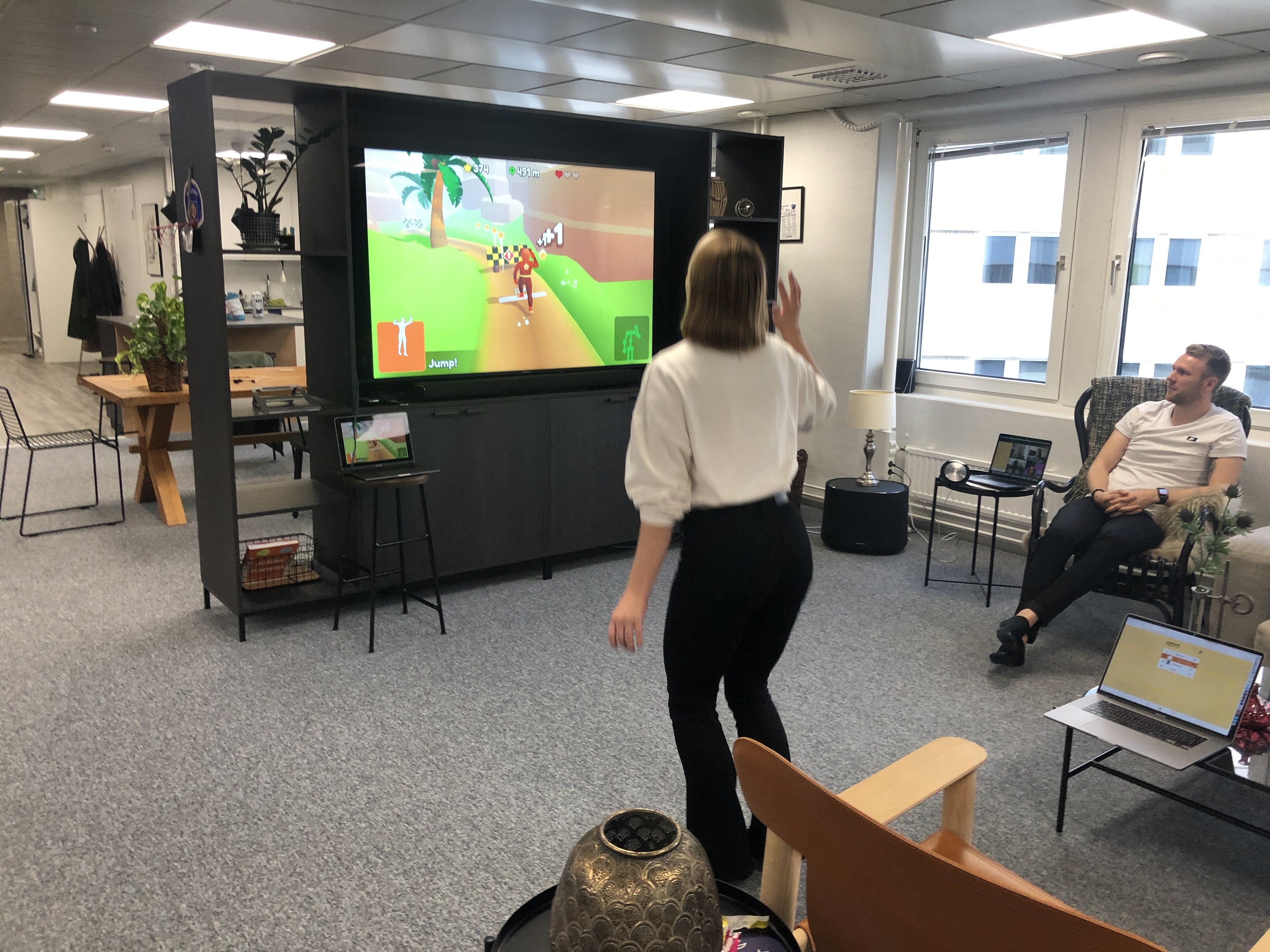 "The Rehaboo concept and the developed technology enable a revolutionary way to gamify movement and the quick production of easy and fun activation games," states Rehaboo investor Peter Vesterbacka.

The well-being market is growing globally. The aging population, the lack of daily exercise caused by the Covid pandemic, and the growing diseases of the musculoskeletal system require the utilization of new solutions.

The founder Peter Gréen is convinced that Finnish gaming expertise can be used around the world as a health promoter and maintainer.

"Almost everyone should get active and move more often. Rehaboo makes it fun, empowering and measurable," adds doctor and investor Hannes Relander.

“It is incredible to see that the Finnish health and gaming expertise being utilized around the world. Going global through GSD Venture Studios dramatically impacts the speed to success” says Gary Fowler, the founder of GSD Venture Studios and GSD Labs Accelerator.

Rehaboo is currently focusing on activating the elderly both in assisted living units and in home care. The technology used by the game has been proven to work through both customer experiences and medical research (e.g. Tan Tock Seng Hospital randomized controlled trial, Singapore). Especially in improving the well-being of the elderly, with the growing age groups, new solutions that truly work are needed.

The share of the elderly in the population will almost double between 2015 and 2050 (WHO). Agetech, i.e. technology aimed at the elderly, is one of the areas with the most potential to influence the well-being of the elderly. Rehaboo is an easy and functional solution for moving the elderly in a fun way. 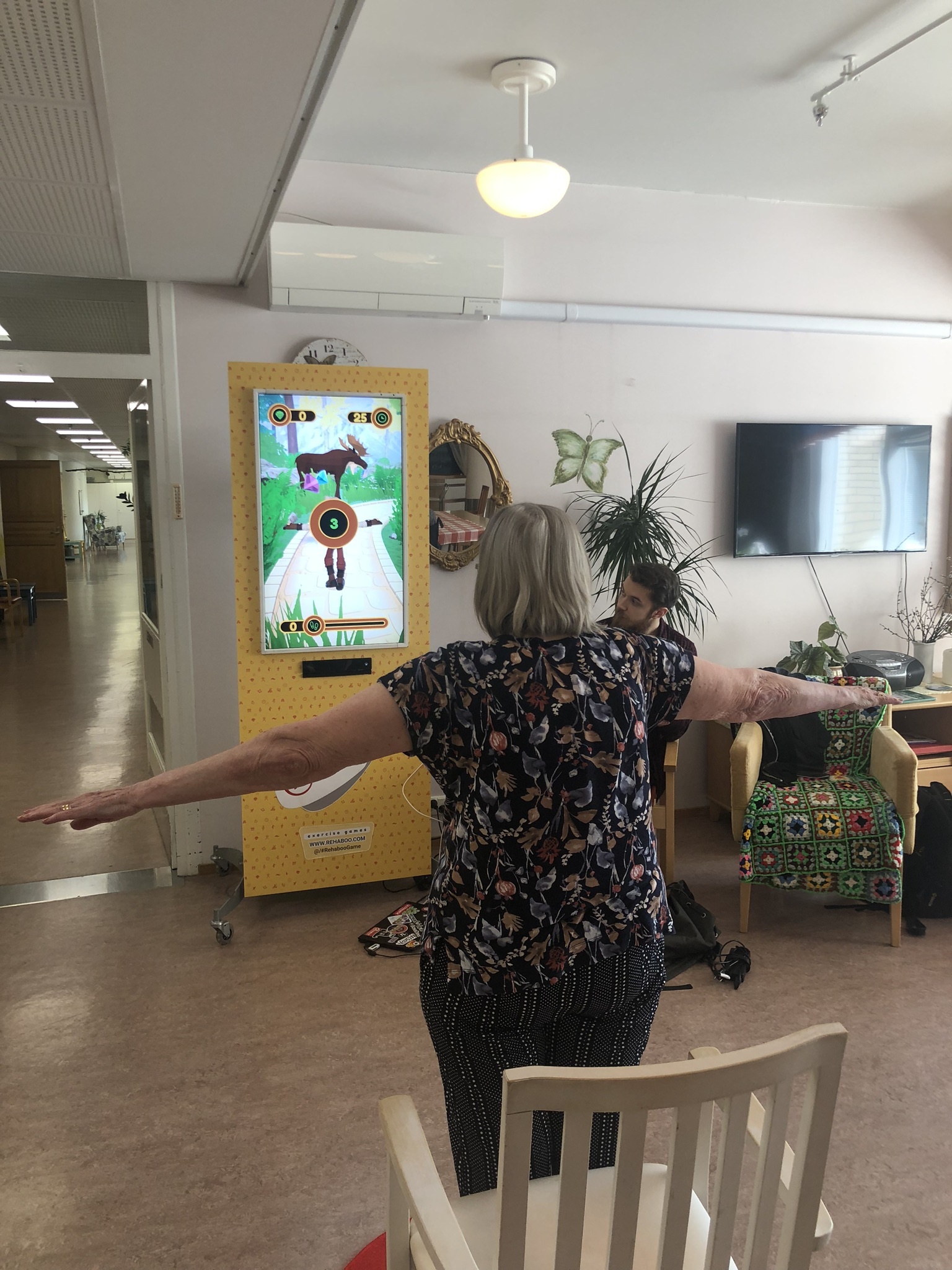 With the program, it is intended to start international growth, especially in the United States, where Rehaboo is already in the first customer negotiations. Next year, the goal is to collect a 2M EUR investment, with international growth and scaling as focus areas.

According to Pekka Pärnänen, the company's adviser in the United States, the time is now right to open the market:

"In the United States, the large age groups 'baby boomers - 58-76 years old, 73 million digital-savvy people' are in need of various sports services. On the other hand, Covid and the current economic situation have influenced the reduction of the number of nursing staff. Because of this, the market for various digital health services is growing rapidly, creating great opportunities for Rehaboo"

Rehaboo is a Finnish gamified innovation, where both the idea and especially the technology are unique. Games can be played on computers, tablets, or mobile phones equipped with camera. The player's own body acts as the game controller, and the artificial intelligence recognizes and analyzes the movements registered by the camera. The player does not have any separate controls, and the game works with the help of a process in the cloud service - making the game accessible to healthcare workers and the target demographic with just a device with camera and Internet connection. 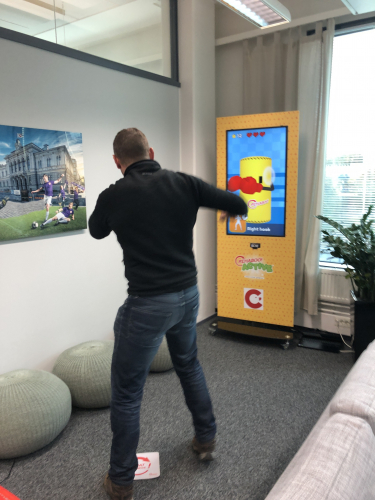 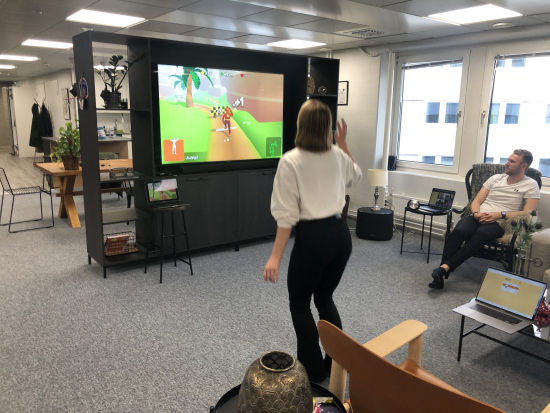 Rehaboo Oy is a game studio founded in 2016 that focuses on games that are played by moving the player's body, such as squatting, running and jumping. Rehaboo was born out of the founder's perceived lack of motivation during the remote rehabilitation of his own shoulder surgery, and after winning the 2015 Ultrahack Hackathon. Originally designed for use by the New Children's Hospital, the game is a new way to add exercise to the everyday life of people of all ages. The aim of the game is to make rehabilitation and activation fun, empowering and measurable.